Ensuring Operational Effectiveness of Large Event Networks with a NOC 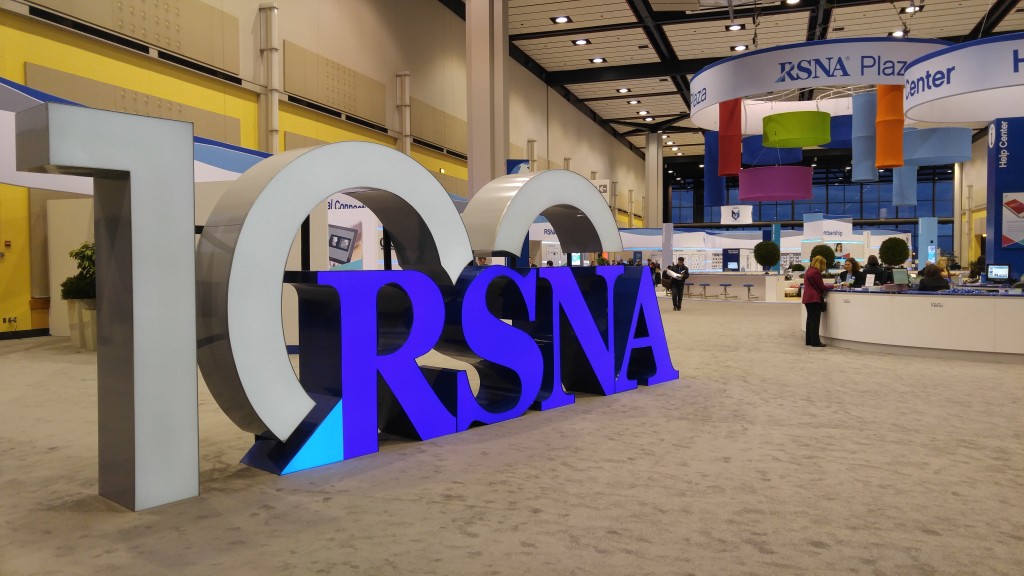 Secure and reliable network access is a critical aspect of tradeshows and events, supplying the bandwidth and uninterrupted connectivity necessary to power solution demonstrations as well as wireless and wired connections to hundreds of exhibitors and thousands of attendees on the trade show floor. Delivering this level of network connectivity at many of the larger conferences necessitates full production deployments of wired and wireless networks. Managing these event network operations and ensuring uptime requires monitoring and management to quickly resolve issues that arise. To do so, Network Operations Centers (NOCs) staffed by engineers are typically deployed on-site at the events. The Radiological Society of North America (RSNA)® Annual Meeting, held every November in Chicago’s McCormick Place convention center, is one such conference.

RSNA’s Annual Meeting is the world’s premier event in medical imaging, educating the market about the industry’s latest technological innovations and scientific advancements. The 2015 annual conference hosted over 700 exhibitors and nearly 55,000 attendees - all in need of reliable wired and wireless connectivity during the event.

“An event of this magnitude requires a large-scale network deployment as well as ongoing network management and monitoring via an on-site NOC – services that INOC has been providing to the RSNA at its Annual Meeting for over 16 years,” shares Rick Smith, INOC’s Vice President of Customer Advocacy and ISMS Manager tasked with overseeing the Company’s on-site NOC during the Annual Meeting.

INOC’s partnership with RSNA began in 1992, stemming from an initial request to build a reliable network for one of the 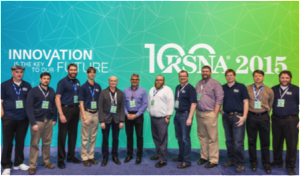 society’s Digital Imaging and Communications in Medicine (DICOM) presentation. It has since evolved into INOC delivering 100% network uptime and 24x7 monitoring and support for the RSNA Annual Meeting network, RSNAnet, throughout the duration of the six-day conference. INOC works closely with the RSNA Information Technology team and third-party providers to coordinate various aspects of the network, including managing both wired and wireless Local Area Network (LAN) infrastructure. This includes McCormick Place Technology Services Department staff, union Communication Service Technicians and electricians, as well as outsourced organizations.

“The relationship between INOC and RSNA goes back many years and has been critical to the success of our organization,” says ‎Joseph Toman, System Administrator at RSNA. “INOC provides world-class engineering and on-site NOC and monitoring services that ensure the best experience possible for our attendees.”

The RSNAnet design, staging and setup begins each year in October when the core network gear is transported to McCormick Place from RSNA’s Oak Brook offices. At this time, INOC’s NOC staff surveys the convention center’s Internet, power and wireless capabilities and tests gear before deployment to ensure functionality. Bandwidth for the event network is then sourced directly from the convention center, with INOC ensuring an adequate amount is in place to support all of the network's applications. Following receipt of Annual Meeting exhibitor connection diagrams and exact booth drop locations from RSNA, INOC begins network implementation and allocates time for establishing connectivity between the venue and its select data center providers for redundancy and failover capability. By inputting the diagram information into pre-configured scripts, INOC engineers are able to cut down on manual network configuration time and ensure that Internet services are available at each RSNA-specified drop location. INOC also works with converged wireless LAN providers to create a mobile extension of RSNAnet. The show network includes numerous hot spot locations throughout the convention center where attendees and exhibitors can connect for wireless Internet access. Final network testing and turn-up is completed on the first of November.

Exhibitors requiring RSNAnet service order directly from RSNA, selecting from a variety of bandwidth options ranging up to 40Mbps. INOC leverages Packeteer's PacketShaper® technology to manage the amount of bandwidth allocated to exhibitors. RSNAnet also accommodates special networking requests, including private Virtual Local Area Networks (VLANs) for exhibitors wishing to make private connections from their primary booth to other locations on the conference floor; Ethernet switches for product demonstrations, image sharing and video streaming; and secondary drops for exhibitors with multiple booth locations who wish to consolidate their IP ranges.

“From providing access to meeting programs and exhibit and session information, to enabling the efficient exchange of radiological images, INOC delivers critical uptime for our network – creating a safe, reliable and always-on networking environment for both RSNA and its members,” adds Mr. Toman.

Five to 10 INOC network engineers monitor RSNAnet at any given time during the Annual Meeting from the purpose-built temporary NOC residing inside the convention center; from 7:00 PM to 7:00 AM, INOC’s Madison, Wisconsin-based NOC takes over.

“This allows us to provide RSNA with 24×7 monitoring and management of the network and ensure rapid identification and resolution of any issues before they can become service-affecting,” shares Mr. Smith.

INOC’s on-site NOC is designed and purpose-built to provide 100% uptime and high performance to support all facets of RSNA’s networking activity during the Annual Meeting. Thanks to its success, this year’s exhibitors, attendees, and RSNA staff and vendors were able to enjoy reliable Internet connections that made sharing the latest technological innovations and scientific advancements in medical imaging possible.

RSNA guests interested in learning more about the Annual Meeting network layout as well as the NOC setup required to support it are invited to take advantage of RSNAnet NOC tours during each Annual Meeting. Guest passes for NOC tours can be obtained through the RSNA. For more information about INOC event network operations, contact us

Book a free NOC consultation and explore support possibilities with a Solutions Engineer.

NOC Best Practices: 10 Ways to Improve Your Operation in 2022

Put our expertise to work for you